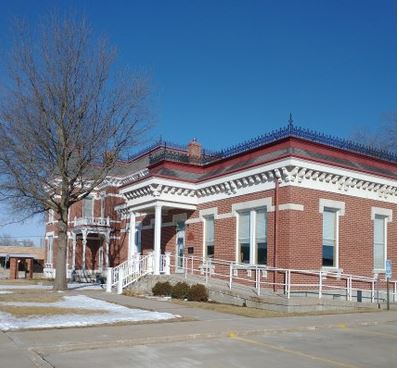 The construction of the building came about in a strange way. W.H. Coleman, who had purchased the lot in 1891, had a very serious illness. The medicine that the doctor gave him caused him to turn blue. He sued the doctor and the company that made the medicine for $10,000 and with this money he built the attractive two-story mansion. The home was left to the City of Tipton by Olive J. Ashburst; and in 1981, the library, named after her father, was opened to the public.