My Journey to the Heart of the Scott Joplin Ragtime Festival

Ragtime finds you when you need it. But, Sedalia, MO will bring you closer 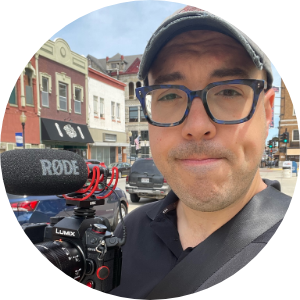 Martin Spitznagel is an internationally recognized and award-winning performer and composer of vintage American piano music. He travels the country performing and lecturing on ragtime, an evangelist of syncopation who has been called “utterly astonishing” at the keyboard. He currently lives in Pittsburgh, PA with his wife and three crazy kids.

Every June, in a small Missouri town nestled between grass-kissed hills, something truly remarkable happens.

For over 40 years, the people of Sedalia, MO, have hosted the Scott Joplin International Ragtime Festival, a celebration of America’s first popular music: Ragtime. For three days, performers and fans from around the world gather to celebrate Scott Joplin, the black composer and pianist who made Sedalia his home from 1894 to 1901. 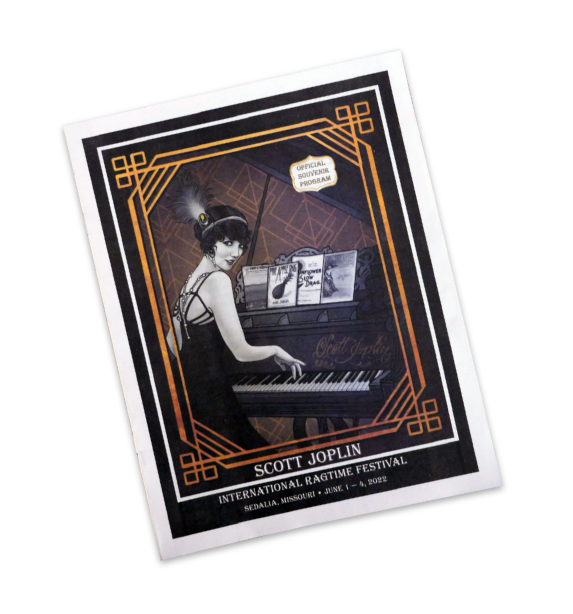 Ragtime When I Needed It

By the tail-end of the 1800s, Ragtime was a national craze. The syncopated, ragged rhythm style stemmed from African American communities, was the precursor to Jazz, and became the predominant American popular music at the turn of the century. And Joplin was King.

I discovered Scott Joplin’s music when I was 12 years old, and now I’m performing his classics at the festival. The best explanation for why a doughy white kid in Pittsburgh, PA, became obsessed with the music of a long-dead black American composer is: Scott Joplin’s music found me when I needed it. I didn’t have the words for this until the pianist Jon Batiste articulated it at the 2022 Grammy Awards. “It’s like a song or an album is made,” he said, “and it almost has a radar to find the person when they need it the most.”

For me, that song was Scott Joplin’s “Maple Leaf Rag,” written in Sedalia in 1899. Scott Joplin put down roots in Sedalia because it’s where the work was, particularly in the infamous red-light district, one of the most famous in the midlands.

The red-light district is long gone from Sedalia. All that remains of the Maple Leaf Club, to which Joplin dedicated his famous composition, is a plaque and a park. But the music that brought it all to life is still breathing, and from Thursday to Saturday, the historic district in Sedalia transforms into the rhythmic, ragged-time heart of the vintage music world. Handsome brick buildings with vintage lettering line the wide street. Spacious sidewalks and streetlamps work like the lines in a Renaissance painting, directing your eyes to downtown. It’s cinematic, like a Hollywood soundstage, and trappings of the ragtime festival are everywhere. The marquee above the Fox Theater reads, “Welcome, Scott Joplin Fans.” The large Stark Tent, named after Sedalia businessman John Stark who published “Maple Leaf Rag,” is raised and pulled taut, its patriotic color scheme stark against the green of the Courthouse lawn.

Step Back, Into Sedalia

During the festival, vintage music bounces off the historic facades like playful children. Food trucks sell corn dogs, grilled sausages, and cotton candy. Antique shops swing open their doors, offering homemade cookies and lemonade for sale alongside their usual wares. Women in authentic period attire walk gracefully on the sidewalks, the flowing lace of their dresses complemented by large, feathered hats. A stunning white vintage car parks in front of the historic Hotel Bothwell, chrome fenders glistening in the sunlight. Families of every age, color, and creed set up lawn chairs and blankets on the manicured lawn in front of the courthouse. You can see the crowd of all ages socializing with like-minded visitors and enjoying the camaraderie as a different performer fills the square with music every 30 minutes. It’s a place where I quickly lose track of not only what time it is but what century I’m in. 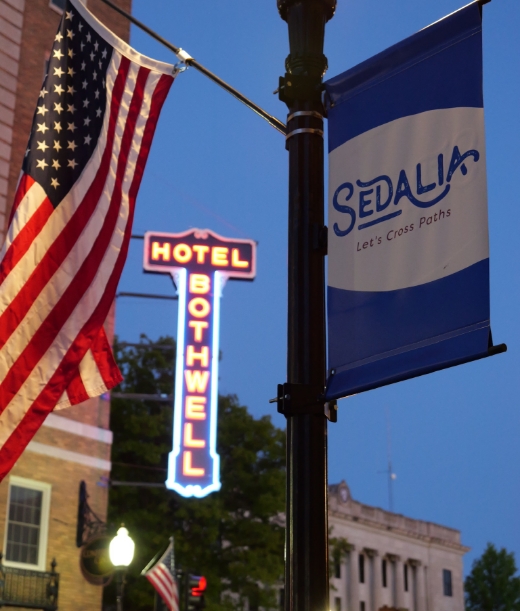 I’m staying at the Hotel Bothwell this year. Built in 1927, the classical revival building is a mixture of Art Deco and Old World on the inside – leather chairs, dark wood, marble staircase, all warmly lit by a brilliant chandelier that hangs overhead. There are original phone booths, a gift shop, and two elevators – one that you might find in any modern building and one with a bronze-latticed door that still operates via a hand crank. The best food downtown is at the hotel’s Ivory Grille, a nod to the piano-centric musical history forged here, and the Oak Room off the main lobby is my favorite spot for a cocktail in town.

When I need a coffee, I visit the Ozark Coffee Company just a few blocks up the street. It’s comfortable and homey, and I quickly decide to make it a habit this trip to start every day with their large cold brew and fruit parfait. The coffee is strong, just the way I like it. I can feel the caffeine kick in towards the end of my first set at the new performance pavilion on Ohio, a beautiful new performance venue right across from the 40ft-tall mural of Scott Joplin on the Wilken Music building. 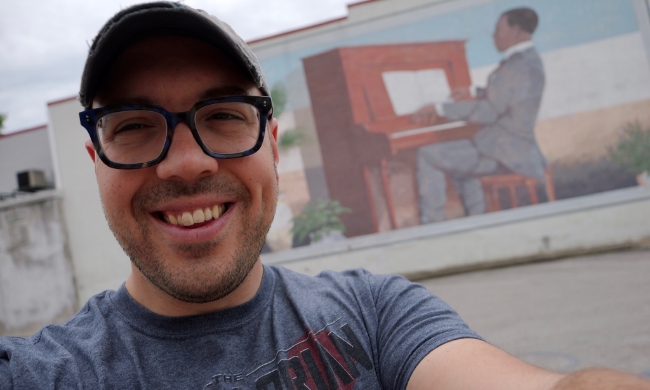 Taking a selfie with the legend himself, Mr. Scott Joplin

The festival has three free venues – the Stark Tent, the new pavilion, and the Katy Depot, a brilliantly restored train station a short drive from downtown. In addition to the free venues, the festival offers paid concerts twice daily at the nearby Hayden Liberty Center, once a silent movie theater called the New Lona. These concerts, each with a different theme, are a perfect break from the heat.

The paid concerts are particularly nice for the performers. The outdoor venues keep us so busy during the day that they are often the only opportunity we have to hear one another. Onstage the show is polished, choreographed, and professional; backstage at the Liberty Center is another story! I can’t tell you how many times we’ve been shushed for laughing too loud as we catch up about our travels and our families.

It’s also a chance to make discoveries. At the final Saturday night concert, a young 16-year-old performer named Tadao takes the stage and renders an incredible version of a James Booker tune. It’s rhythmic and complex, soulful and strong, and the audience goes nuts. I watch from backstage, along with other performers who’ve gathered to listen. Tadao bows to the audience, coming backstage to be flanked by a group of appreciative performers, all giving praise and compliments. He smiles sheepishly, and in that moment, it strikes me — what a gift Sedalia has given not only to Scott Joplin’s legacy but to generations of performers and fans who find their people and their voice in this place.

Sedalia isn’t just a historically musical place, it’s a place that still makes music history. And it happens the first weekend of June each year. Won’t you join us?