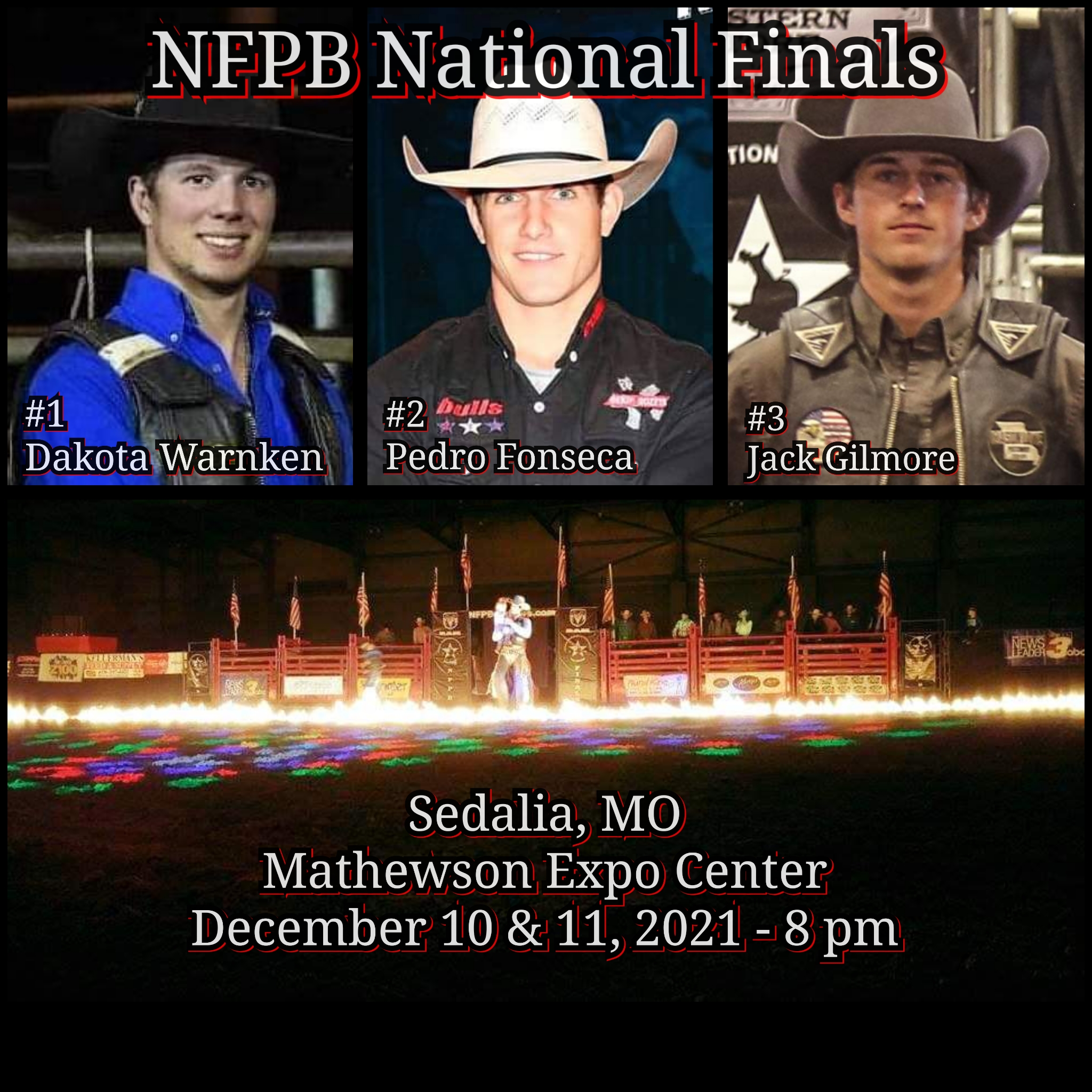 Tickets available at the door the day of the event $15 adults, $8 kids 4 yrs-12 yrs, 3 yrs & under free. Advance tickets are available at Kleinschmidt’s Western Store.

After competing in over 150 events throughout the year, the top 25 bull riders representing the United States, Brazil and Mexico converge on Sedalia to compete for a National Championship to crown the next NFPB National Bull Riding Champion.

Indiana’s Dakota Warnken, Brazil’s Pedro Fonseca and Missouri’s NFPB veteran Jack Gilmore have been battling it out all season.

The stage is set for an exciting end to the 2021 season!